We welcome you to get to know our team of professionals. We are very proud to represent Lakeland Regional Health. We believe you will find us to be a diverse, accomplished, passionate, caring team. 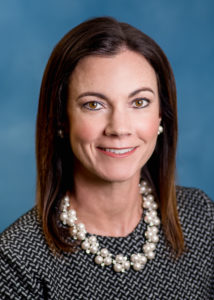 Ms. Drummond joined Lakeland Regional Health in 2013 and has served in several key roles, first as Chief Strategy and Growth Officer, Executive Vice President and Chief Operating Officer, then assuming the position of Chief Executive Officer of the health system.

Ms. Drummond is a Fellow of the American College of Healthcare Executives and a Six Sigma Black Belt, a designation certifying the highest level of expertise in operating principles and process improvement.

Under Mr. Boynton’s tenure, the Foundation has received its single largest gift, initiated a successful Annual Giving Program and recently concluded a six-month campaign that culminated in the opening of the Bannasch Institute for Advanced Rehabilitation Medicine. He is now leading major fundraising initiatives for Lakeland Regional Health’s Hollis Cancer Center as well as the Carol Jenkins Barnett Pavilion for Women and Children.

As Vice President of the Foundation, Mr. Boynton oversees the planning and execution of several much-anticipated community events, including Women in Philanthropy’s Annual Luncheon, ’Twas the Night, Philanthropist of the Year and the Promise Run 5K and 10K. The inaugural Promise Run drew more than 1,800 runners and walkers and more than 200 volunteers. The first event’s proceeds were used to offset construction costs for the new chemotherapy area at the Lakeland Regional Health Hollis Cancer Center.

Prior to joining Lakeland Regional Health, Mr. Boynton was Manager of Development for Maine Medical Center, where his fundraising efforts were focused on the Maine Children’s Cancer Program at the Barbara Bush Children’s Hospital in Portland. Tim Boynton also spent time working at the Elliot Health System in Southern New Hampshire.

Before Tim Boynton began his career in philanthropy, he had an exciting stint working with composer Mark Schoenfeld on Brooklyn the Musical, which ran for 284 performances on Broadway.

Jodi Ridley joined the Foundation in 2015 after spending several years at Lakeland based Publix coordinating events throughout the entire nation and acted in leadership roles with the grocery chain’s philanthropic & training divisions.  Responsible for creating and implementing some of the most talked about events in Central Florida, Ms. Ridley also manages and provides leadership to the Foundation’s auxiliary and third party affiliations.  Ms. Ridley attended Lee University in Cleveland, Tennessee and is currently pursuing her Bachelor’s degree in Organizational and Non-Profit Management.